Alice’s Story
Everyone who gathered on the banks was a strange population. Everyone is drenched.Problem was how dry the body doing. For information about how to dry doing, rats and ducks dodge the discussion. But they did not allow you to dry the everyone.

Then Dodo is stood up, he began to talk.
“How to dry the body be a foot race”

First Dodo was made a round course. Then everyone will arrive around at the location of the course. And nobody “On your mark! Get set! Go! ” To not say, I stopped you can out run when everyone you like.But running around all 30 minutes, the body was quite dry. Then dodo was shouting suddenly. “Foot race Conclusion!” Then flocking around everyone dodo, it was said, out of breath. “But, Who won?”

Dodo said.”Everyone won, so everyone get a prize”

Image that everyone is gathered. Part not the same there are five. Where is Let’s find it different! 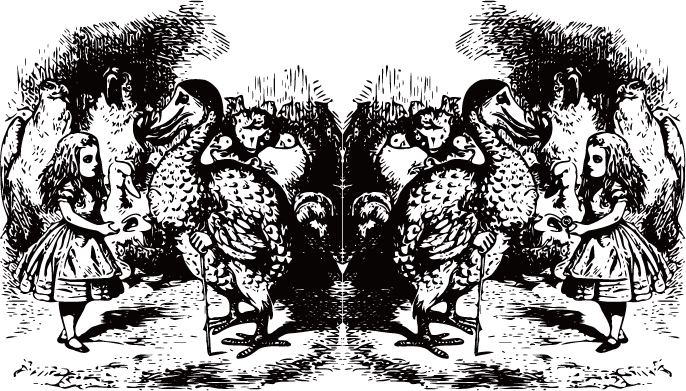 Hint
Dodo two. Alice also has two. Other one.
Answer 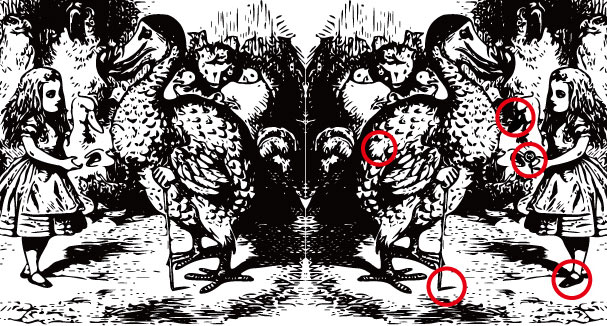 IF the answer is known, let's share!
<-2-3-5-Birds and animals will come together in pond
3-2-Alice pass the candy of pocket-> 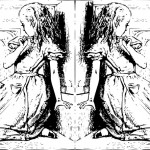 Alice’s Story When Alice is lookin … 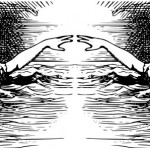 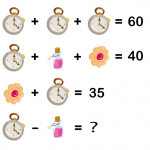 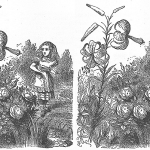 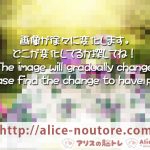 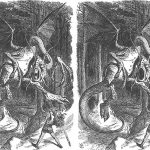 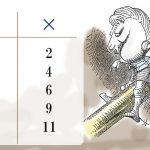